We all have objectives or targets we want to meet or exceed. Let me share the biggest target challenge I faced and met in my 50+ years in sales and 20 years as a sales trainer.

Several years ago in Dubai, I met with a CEO of a major land development company wanting my help to get them back on target.

It was late September. Their year-end target (December) was US$5.7 Billion. Their current sales were at $2.4 Billion—not even 50% of target.

I asked what they expected from me. Their reply was “to conduct a day or two of training to get the sales team back on target.”

The CEO did not understand.

I explained how he would be wasting his money: a day or two of training will not change anyone. To change attitudes, behaviors and competencies, sales training has to be continuous or an on-going process with management coaching.

I stayed to conduct two days of training—on the condition that he follow up with the participants in the following two weeks, as they need to decide on continuing the sales training or not. If the feedback was positive and they wanted to continue, I would provide him with a draft proposal for an annual ongoing sales training program.

Two weeks later he requested a proposal that became a 30- to 50-day agreement with some very rewarding terms— a story on how to engage buyers on price and terms I’ll reserve for another time.

In November, they invited me back to Dubai where I committed to work with them on a 30-50 day annual plan to train their sales teams on the “Buyer Focused” Velocity Selling System and to create a “Winning Sales Culture” within the organization.

The challenge: I had less than 60 days to help them more than double their $US$2.6 billion sales to US$5.7 billion.

I learned that a large sale was considered selling a whole floor of a building.

Early in week two, I sat down with the CEO and suggested selling buildings instead of floors. Their immediate response was that it would be impossible—a word I like hearing, as it motivates me to prove them wrong, for I believe nothing is impossible.

Six buildings were quickly identified, priced, and six reps selected. Together, we analyzed the database and identified all high-end (A) buyers, matching buyers up by country, language and other criteria to each sales rep.

Each sales rep also became an expert in one building and a strong team with clear direction was created. At the end of the second week, I left them to implement that plan while being an e-mail or telephone call away.

In less than six weeks, before year-end, the team exceeded the sales target of $5.7 billion. The rest was history!

I facilitated it and they did it! That is what bottom line results is all about.

Bob Urichuck is an internationally sought after speaker, trainer—founder of the ““Buyer Focused” Velocity Selling System—and best-selling author in six languages. His latest books, Velocity Selling: How to Attract, Engage and Empower Buyers to Buy, and How to Motivate Your Team in 30 Days are new in 2014.
Sales Velocity. Your Bottom Line. Our Passion 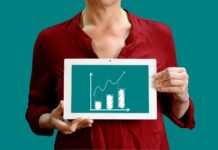 How To Promote Sales Acceleration Within a Company 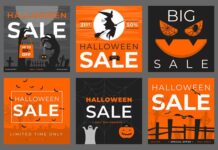 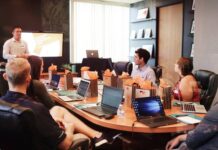 How to Boost Your Sales Training Program Through Technology