The world today is a fast-paced one, which means that you have to be always on your toes. Every peer is a moving signpost, and nobody wants to be “that one guy” who’s always at the back of the promotion list. Instead, you have to be “ahead,” where many people can only dream to be.

This can be both a good thing and a bad thing. It’s good because it brings us progress. After all, nobody would’ve been reading this on their screens if it weren’t for the competitive folks who made the first CRT monitors. And it only ever got better because people kept pushing each other through competition.

In many ways, it can get to the point that you’re trading your health to keep up with your peers. The numbers don’t lie, either. The World Health Organization states that overworking is bad for your health, but people keep pushing themselves until they succumb to stroke and heart disease. So what do you have to do? You have to slow down.

What It Means To Slow Down

Slowing down doesn’t mean you should become lazy — quite far from it, in fact. In a way, you slow yourself down so you don’t trip up, whether it’s from a professional mistake or from severe burnout. It’s like having a car with regular maintenance. You don’t skip it unless you want it to break down at the least desirable moment.

To slow down is to take a rest and assess everything properly with an objective eye. Ask yourself: Are you feeling tired? Sleepy? Have you been skipping meals just to make it to the deadline? Maybe you need to put things down for a bit and reflect. What can you do to make things easier?

Slow Down To Speed Up

When you’re running a car at max speed for far too long, what happens? It either overheats, runs out of gas, or brings itself at an unpleasant mixture of both. And then it becomes a bigger problem when you’re stuck on the road some 150 miles from a gas station (or if you’re an electric car fanatic, one of the Tesla charging stations).

At best, it’s just a workable hassle. Perhaps you could call in a tow truck and hitch yourself a ride. At worst, you might have to skip an important meeting or event. The thing is, the same thing with the car can happen to you, too. You could go sleep-deprived for a week, thinking you’re handling the stress just fine.

The truth is, though, this behavior is just not sustainable. Doing this for too long is eventually going to take its toll on your health, burning you out in the short term (running out of gas) and in the long term (breaking down). That’s why you should always try to take things in moderation.

Work hard, but not too hard. To know what’s too hard, you should listen to your body. If it’s asking for more sleep, then give yourself some sleep. If it’s hungry, then plan for proper meals. If it’s aching or tired, take the day off and have some rest. Believe it or not, your body’s good at telling you that there’s something wrong with it.

Just because you’re slowing down doesn’t mean you’re going to forget all about productivity. Whenever possible, you should make yourself more productive by doing something worth your time. Got a few minutes to spare? Use it to meditate. Take the time to think of solutions and make yourself more time-efficient.

While this goes quite against slowing down, you should think of this as a way to keep yourself on your toes. It’s hard to get back on track when you’ve been so used to going slow all the time. Instead, you can think of this as a warm-up for the bigger days ahead. After all, even cars have to get warmed up before a long run… so why not you, too? 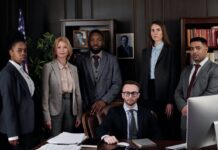 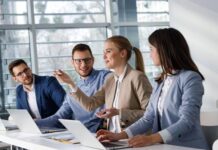