Executive Coach Mark Thompson shares lessons from America’s most successful executives on how to gracefully survive a professional drubbing.

When it became clear this spring that Alan Mulally, Ford’s CEO, wasn’t going to be selected for the top spot at Microsoft, the software company’s stock took a hit. You might think Mulally’s ego would take one, too. As it happens, he took it in stride. (Ford showed their love by awarding him another $14 million in stock for the company’s prior year’s performance. And now that he’s announced his retirement this summer, there’s an epic line of companies hungry to recruit him.)

Mulally wasn’t always in so much demand or as sanguine in the face of rejection. When Mulally was Boeing’s president, it was widely expected that he would be made CEO after a decade of successes at the company. He lead the development of the 777 and shepherded the aircraft maker through a vibrant recovery from the financial wounds inflicted by 9/11 (the terrorists used a Boeing 757 and 767s in the attack)

.Mulally admits that when Boeing passed him over for the job, he was briefly devastated. But he quickly recovered because, he says, “a bad attitude simply erases everyone else’s memory of the incredible progress achieved.” He did not want to tarnish all “the great progress we had made” by becoming that bitter guy. He chose, instead, to remain a proud and gifted leader – albeit one who had suffered a professional setback. He was promptly recruited by Ford to re-ignite another iconic American manufacturer.

Legendary leaders like Mulally have three coping mechanisms that help them get through times when criticism, failure or disappointment threaten to rob the mojo that made them successful in the first place.

1- Just let it go! Anyone who’s spent time with Mulally has inevitably heard that signature catchphrase. When I asked how he felt about being slighted by bosses during various turns in his career, he took a long, deep breath and exhaled as deliberately as a yoga instructor. “The competition is out there,” he advised, looking peacefully out the window from his Dearborn, Michigan, office. “Not in here.” Don’t let anyone else’s opinion define who you are going to be.

2- Turn your wounds into wisdom. When Charles ‘Chuck’ Schwab flunked English and was nearly thrown out of college, he said he was “humiliated because I had always thought I was a reasonably smart guy and I didn’t realize how pathetic I was at the skill of reading and writing.” Schwab recruited friends and family to help him deliver the goods in school. His reading and writing troubles, he would later discover, were, and still are, the result of dyslexia. “It might seem odd,” said Schwab, “but what felt like a deficit was a real benefit.” His reading disability taught him how to recruit a talented, trustworthy team and forced him to become a skilled delegator. Ultimately, those skills enabled him to scale a business much sooner than most of his classmates at Stanford Business School. “Brilliant entrepreneurs think they can do everything, and they don’t spend enough time finding the right people to grow the business,” he shrugged. Failure teaches life’s most important lessons if you’re smart and brave enough to listen.

3- Face the brutal truth. Criticism usually hurts most when it’s true. Learn to suck it up and face the music. I’ve been on many Silicon Valley boards, including Rioport, the San Jose startup credited for having popularized the mp3 player long before Apple’s iPod. The battle for digital content was in full swing (Remember Napster?!) and we felt full of ourselves because we were actually making real money selling thousands of the newfangled media devices. I was bragging about all this during a speech in Silicon Valley when Steve Jobs wandered up to the front of the room. He smirked at me and said our hot little gadget was a “geeky piece of crap” and that he’d “crush it in about year.” All I wanted to do in that moment was to hit the arrogant SOB in the face with my handheld microphone. I’d just mortgaged my house and was about to invest the proceeds in Rioport. Then there was this horrible feeling in the pit of my stomach. He was right, and he knew it – and if I was honest, I knew it, too. The brutal truth was that Rioport was a quality product and an awesome step forward in the digital revolution, but frankly those features weren’t enough to overcome the fact that it was way too hard for the masses to use. I spent the following year having a series of dinners with Steve, soaking up his vision for digital media. The good news is that I invested those mortgage proceeds in Apple stock rather than that long-forgotten, but visionary startup. As Alan Mulally often counsels “Winners learn quickly how to get out of their own way.”

Or, read all of Mark’s recent blogs on his website:
www.markcthompson.com/leaderblog 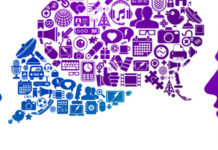 Communication Is The Backbone of Commerce 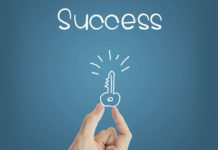 8 Best Platforms that many Writing Gurus use to improve their...

3 Success Factors for Gamification At Work

Can NLP transform your life?

ABOUT US
Global gurus is a research organization. We make our revenue from our advertisers at our sites and not from a GURU or GURU candidate. Unlike other “Top Guru” or “Best…” lists out there, we do not sell our rankings nor do we give any ranking consideration to organizations who advertise. [ Read More ]
Contact us: [email protected]
FOLLOW US
© Copyright © 2021 All Rights Reserved