It is a widely known fact that the average user on the internet will have an attention span of fewer than 10 seconds. So, the question is how do you firstly grab their attention and then more importantly engage successfully with them within that timeframe? The answer is video.

We are now surrounded by an abundance of videos nearly every hour & every day in our lives. From watching television at home or catching up with your favourite boxset online, we seem to forget that all these adverts trying to sell their products to you are just videos. It is something that has become so familiar in our daily lifestyle that we don’t question it anymore.

With the increasing development of mobile technology, users are constantly swiping on various apps or platforms such as Facebook, Twitter or even free-to-play mobile games. Whether you like it or not, videos will always appear, be promoted and paid for by advertisers to grab our attention, and hopefully, in their mind, gain a new potential customer and a further sale for their product or service.

For over seven years now, Wyzowl has published a yearly video marketing report featuring a range of different statistics for how video production is utilised and received by customers, with the latest report surveying over 800 marketing professionals & online consumers back in December 2020.

Some of the key stats taken from this included:

Quite interestingly there were also a few statistics that related to why people had not used video on social media, such as:

There are a number of great marketing video packages available online, including in particular the monthly video retainer option available from Origins of Motion. This package allows you to receive a constant amount of video content produced per month by an experienced videography company, and ultimately in the case for the percentage of people surveyed above and for others who deal with the same issue too, this can solve all their pressing issues in one simple arrangement.

A factor to consider with the immense rise of social media & the use of videography within is to reflect on the audience who will typically use and interact with it. It is not a lie to say that the numerous users registered to social media platforms in 2021 will either be teenagers, young adults, or people who have perhaps not grown up with social media before and want to try something new. Take into perspective TikTok – a social media platform that has come to prominence within the last year and a half. Most of the top produced content on the platform are by people described to be aged between 18-24.

For a range of tips and ideas on how to manage video marketing which will strike a chord with millennials and ‘Gen Zers’, see the article here.

Of course, there is a range of different social media platforms available for people to sign up to, with each one having its own unique target base. You wouldn’t expect for example to have the same type of audience on LinkedIn compared to Twitter, therefore you would need to ensure that you produce and advertise video content to each segment of your target market correctly; whether by age, gender, interest(s) or particular industry. It is imperative that you understand your current target market, and if you are planning to widen that to attract a new range of customers – make sure you have done your market research beforehand.

The use of video allows you a lot more freedom and creativity to present your brands image. This means you can tell a story and showcase to your potential new customers who you are, what values you stand for and why they should consider you over competitors. It also allows for the opportunity to express your company in a new way and change the narrative, whether you want to portray your team in a humorous way or to describe issues we face from a hard-hitting perspective.

“Your viewers have to walk away feeling like they took more away from you than you took from them.” 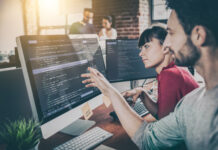 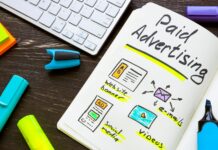 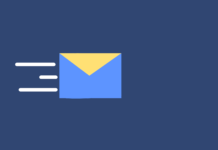