Let’s face it. The average corporate ladder, the regular romp for a start up in a market that is not especially waiting for it to show up, the usual elbow tango that needs dancing in order to get the prize at the end of the performance rounds all seem to speak to the same silverback gorilla requirements that our biological kin have to live up to in order to stay at the top of their particular monkey hill. Thump your chest, never say die, and never, ever let on that life can actually be painful, distressing or stressful. You got the task? I got the mask. And that is all there is to it.

We live in a professional world that judges outcomes, and if slightly enlightened, the actual process that led to the outcomes. Somehow it seems opportune to dance around one another as if we are all part of the Fantastic Four crack team: it seems politically correct, and more importantly, safe to see ourselves and others in this manner. And when there is a crack in the armor we have required of ourselves, then we rush in to do damage control, image restoring and confirming to everyone that everything was all-right in the first place.

Does this feel familiar to you? Does it feel as superficial and exhausting as it does to me? To have to guess and meander through the subtext informing every exchange, every meeting, every interaction, be it digital or face to face is not an especially edifying or motivating way to lead one’s life. What starts out as fact is turned into a story, a particular perception that has to live up to the requirements of our organization’s story-telling culture about just how good and invulnerable we are. And here is where we can turn a corner, shift the paradigm and walk towards one another as actual human beings rather than fictionalized, pumped-up, dressed down versions of ourselves.

On March 15, 1783, at the close of the Revolutionary War in America, George Washington faced his exhausted troops, who were angry with Congress for having failed to live up to its promises concerning salaries, bounties and pensions, as it was going broke. An anonymous letter had been circulated among his officers stating that a military solution to the fledgling government’s financial woes should be considered. Standing in front of his men, he pulled out an explanatory letter from Congress, held it close, then further away from his tired eyes and shook his head.”Gentlemen, you will permit me to put on my spectacles, for I have not only grown gray but almost blind in the service of my country.” he said, looking out over the sea of disgruntled faces. And precisely at that point, the tide turned, the energy in the church where they had gathered changed, and the troops, many with tears in their eyes at seeing this aging leader who had led them through such tribulations, suddenly looked upon him with great affection.

Now what happened there? George Washington did not step out to show his silverback hairs, he did not thump his chest, and he certainly did not provide a spin doctor’s version of reality. What he did do: he connected to the troops by being authentic. By sharing what this war had done to him, how tired he was, and how frail he felt. And that resonated. Because that was how everyone in that room felt, that was what was underneath the anger of the men who had been waiting for their pay….yet no one had stepped forward to admit it. George Washington showed his vulnerability to his men, without pleading with them to fix it. Here I am. This is what I feel. And that is what turned the corner for all of them, as the officers decided to listen to their leader and give Congress a chance to get things right.

In 1998/1999, while working in Uzbekistan as program manager for a massive initiative to improve the country’s educational system, I learned what true compassion can mean in a politically sensitive environment where the pressure to perform without fail is higher than any I had experienced so far. This was particularly the case for the Russian members of my team, as in the eyes of many of the Uzbek beneficiaries, they still represented the nation that had ruled the country so harshly for so long. I had reviewed a planning approach for teaching and research at universities and discovered a mistake in the mathematical formulas which rendered it useless. Knowing that I was part of a culture of face, I asked the member responsible on the team to have a one on one session with me, asking him to help me understand the way the model worked. Compassion at two levels: not exposing him to his colleagues and the astringent beneficiaries, and allowing him to navigate through the approach in order to remedy it. When we got to the part that did not work, he turned pale, excused himself and said he would return the next day to fully help me with the explanation. And of course he came back with the corrected version, happy to have resolved this in an equitable way and proud to be able to truly help me. He ultimately went on to become one of the strongest ambassadors of the changes we were supporting in the university system in that incredible country below Siberia.

So here’s my plea. Let’s cast off this unspoken agreement to appear strong, invincible and cool no matter what the circumstances. Let’s dig deep and connect at the level of being a human being rather than a human doing. Let’s allow our authenticity, our vulnerability and our compassion to be the bedrock upon which we build trusting, lasting and constructive relationships. Think about it: who are your best friends? The ones you can call at one in the morning and who will cross the ocean to be with you in a time of need? Exactly: these are the people you trust, the people you show your authentic self to, the people who have earned, given and received compassion through their honesty about who they are, what they think and how they feel. I see no reason why we cannot recreate that strong sense of human bonding in a professional environment, allowing us to achieve things we would never have thought possible. 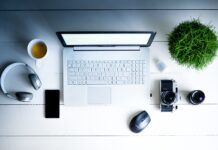 Tips For Organizing Your Business To Make It More Effective