The sole aim of this article is to provide a clear insight regarding philosophy and teachings of quality gurus. These top three gurus have studied extensively and helped to develop certain propositions in the areas of quality management. This in turn has provided some deep understanding into the whole aspect of quality management principles.  Our quality gurus will include Dr. John P. Kotter a renowned author on leadership and change, James Collins III a management philosopher a consultant and also an author and finally we have Nassim Nicholas Taleb an essayist, a scholar and also an author. Through extensive review of these gurus’ literatures we will compare the different approaches used and their impacts.

The guru has served as a Harvard Business School professor for over 30 years; he has strived to answer the question of how one can make sure that a change project is successful. This comes from conclusive studies that between 60-80% of all change projects tend to fail fully or partly.  In this case the projects objectives may not be fully met or the project is not completed in time or on budget.

John Kotter provides solutions to this challenge by providing an eight step model for leading change. An overview of this process as described by our guru is analyzed below:

Increase urgency- in this case the company’s management should examine competitors, discuss crisis facing organization and finally provide evidence to that complete change is mandatory.

Build your guiding team- it is always wise to have a reliable team that will be the steering power behind the change needed.  Do this by selecting key change leaders through showing much enthusiasm and commitment.

Get the vision right-have a clear insight of what you need done through developing strategies and also ensure that your team inputs some good effort.

Communicate for buy in- use every channel to deliver your desired vision and always remember to make it simple and heartfelt.

Empowering action-ensure that you deal with the obstacles you are bound to face. Also be ready to overhaul systems that hinder your vision.

Create short term goals/wins- always ensure that you break the long term wins into short term achievableperformances and reward your team which helps you achieve that.

Never let up- the process may not be as smooth however no matter the situation never let go of your goal. Always be ready to reinforce the actions that have led to the improvements.

Stick to the changes/schedule-upon fruition, you are required to articulate the connections between the new behavior/actions  and the corporate success.

John Kotter’s model is highly reliable to all top-down change processes; in this case these projects are likely decided at the top management level of an organization.

Some strengths of this model range from its, simplicity, clarity of steps, fits well into classical hierarchies. However it may have some few weaknesses like wrong assumptions due to linearity of model, rigidity of model once it has began and sometimes it may lead to deep frustration.

Our second guru started his research work at the Stanford University Graduate School of business.  He is highly dedicated to his mastery of helping companies excel and sustaining their success. In his first work, ‘Good to Great’ he shows that greatness is not primarily a function of circumstances; however it is a matter of conscious choice and discipline.

He argues that companies that transform from good to great don’t have a name for their transformation and also no program. These companies don’t rant or rave about some form of impending crisis and thus don’t manufacture crisis. These companies have some self motivated personnel thus no need of motivation from outside.

He also tries debunks the myth that there is a connection between money and change mastery,  also James Collins depicts that fear doesn’t drive to change but it does perpetuate mediocrity. Finally he says that dramatic results do not necessarily come from a dramatic process. Below are some major points in his work:

How change doesn’t happen- many organizations and companies tend to look for change in the wrong places, ask the wrong questions and finally make the wrong assumptions.

How change does happen- he uses the flywheel example. The flywheel effect whereby when the momentum of the heavy wheel will kick in your favor it will spin faster and faster. However this is brought about by the small effort you applied at the beginning.

Therefore for an organization to transform form good to great, it all takes the real people in real companies who desire to be the part of a winning team. They want to produce real results and want to feel the satisfaction of seeing tangible results.

‘Who’ before ‘what’ discipline-with the right people in your company and those who are willing to put out A+ effort company’s manager can now turn to the ‘What’ question. With the right people you won’t face the challenge of motivating them since they are self motivated. However even if you have a great vision but with a set of mediocre people be guaranteed of mediocre results.

Hedgehog concept- it applies through simplifying a complex world into a single organizing idea, in this case the idea will unify, organize and guide all decisions. This concept entails vigorous debates, piercing questions and resolute actions and with the right people this concept is bound to work.

The ‘Stop doing list’- with your hedgehog concept it is now time to transform your company from good to great by disciplining yourselves into avoiding things that doesn’t fit tightly within this concept.

This philosophy by James Collins III has helped many companies make that worthy leap from good to great and continued to sustain those results for many years.

He is a bona fide super high level statistician who holds a Distinguished Professorship at New York University. He is best known for his renowned books ‘Anti-Fragility’ and ‘the Black Swan’ which have received much praise as being one of the twelve most influential books since World War II. Let’s have a look into some of his philosophies and how they have impacted the financial world.

In his works Taleb has called for the cancellation of the Nobel Prize in Economics, according to his claim is that the damage from economic theories can be highly damaging. He is also of the view that option pricing should be determined in a more heuristic way by the operators themselves contrary to models, this is because models are somehow ‘lecturing birds on how to fly.’

In his book the Black Swan which mainly deals with unpredictability nature of events has been praised for predicting the banking and economic crisis of 2008.  It is here where he claimed that the foundations of quantitive economics are faulty. He claims that statistics is fundamentally incomplete and is not fully reliable when it comes to prediction of risks or rare events.

He sees the main challenge as mapping the ideas of ‘antifragility’, this refers to being ready to act and live in a world where we have little clue about the future.

A good instance is where he suggests investing money in ‘medium risks’ investment as being pointless since risk is almost impossible to compute. Therefore he advocates for both hyper conservative and hyper aggressive approach at the same time. Through this he asserts that a portfolio can be robust while at the same time enjoying positive exposure to black swan while also limiting losses suffered by such random unpredictable events.

From his works Taleb attracted both praise and criticism. Some are of the belief that Taleb has changed how many people think about uncertainty of events especially in the financial market. This is due to his book ‘The Black Swan.’ 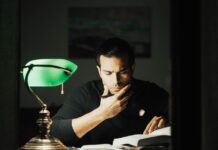 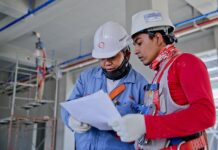 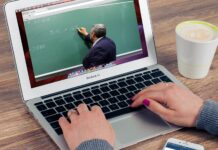