We were born into a culture that is under a large number of “spells.” Our culture includes our parents, our religion, and our schools which all programmed us to embrace different “spells”; and of course, we believe them. Our paradigm is the combination of all those “spells” so it is like a Super Spell. Your paradigm, or your Super Spell, dictates everything you will ever experience without exception.
So the bottom line is … if you are exactly the way you want to be, don’t change a thing. Leave everything perfectly the way it is.

If your life is not the way you want it to be, you can work on everything else with no results. Nothing is more critically important than changing your paradigm, breaking that spell, breaking that core constraint. Your paradigm is how you see the world. It’s the filter your mind uses. It dictates what you can see and think. And it creates all of your results on every topic. I know that sounds far-fetched, but just hang on and observe.

The R.A.S. System in Your Brain

The culprit is the R.A.S., the reticular activating system, inside of your brain. Inside of your brain you are taking in four million bits of information every second. It comes in through your optic nerve, through every nerve, auditory system, your olfactory, taste, everything. Every nerve in your entire body comes in and feeds into the reticular activating system which then filters down all of that four million bits into about 2000 bits. This is a tiny fraction of the information available to you, so we are not getting the whole picture. What’s damaging is that we are only getting the same 2000 bits over and over and over and over. So what do you think happens when you are only allowed to see and say the same 2000 bits over and over? That stock experience is where everything we want we cannot get because it is out of reach. Instead, everything we don’t want is right there holding us back.

Now that we have laid the foundation, we’ve got the basic picture out of the way. We’re going to go deeper. This is the life- and world-transforming power of a core paradigm shift. The Level 1 paradigm is the idea of a body. I am my body. I am a person. I must kick ass and get out there with my physical body and get the bananas and bring them home or we are going to starve to death. I have to make it physically happen. These people are very often stressed out of their minds. There is a lot of violence, a lot of anger, a lot of emotional stress; and in spiritual terms people say these people are root chakra-oriented people.

I’m not just a body, I am a mind. I think it out. I figure that I can make it happen smarter, faster, better, and I will send bodies out to bring me those bananas so that we can eat and don’t starve.

It’s almost a cliché that most of the people who live in the heart-centered space say, “I’m not the only one. You are not the only one. So let’s make this happen together.” They are very loving. They are much more peaceful and much calmer. They generally don’t manifest very much in their lives as far as financial and business success as a rule, although this is beginning to change. But these people say, “Let’s use our mind and body to serve the heart. It’s a much more harmonious way of living.”

This is the best that mankind has been able to do for you up until now. That which is spiritual has become dialed down to religion. In religion they say, “Everything is one. So let’s make it all happen with all that is taken into account.” There are still a lot of wars, a lot of struggle, a lot of difficulty that goes on because this spiritual quantum of limitless truth is distilled down into rules which are just another set of “spells” that hold us trapped in old ways of thinking and old patterns of behavior.

The Endless Loop of Spells

So now we’ve looked at the four old paradigms. We know the price we pay to live in them. Would it be helpful to understand the exact mechanism and be able to shift out of it?

Let’s look at the Level 5 paradigm where we find quantum physics has shown that the entire universe is made of living conscious energy. This idea dates back throughout Christianity, Hinduism, Buddhism, every ancient religion. Once you reach the esoteric levels where you really go into the deeper levels of understanding, all of them say that the entire universe is made up of things that do not appear. It’s made of an invisible microscopic and submicroscopic living conscious energy popping in and out of existence.

If the entire universe itself is made of a non-physical living conscious energy, then what must everything in the entire universe be made out of? If this is true, when we look at the Level 5 paradigm you’re not stupid, wrong, bad, screwed-up, messed-up, or in need of improvement. You are actually infinite. You are made up of infinite energy and nothing else.

Therefore, you have no limits other than the ones you believe in. They don’t exist. You are perfect because there is no good or bad, right or wrong energy. You are complete exactly the way you are with no possibility of improving. Can you learn? Can you expand? Absolutely; but you can’t be any better because you are complete. Because energy is neither created nor destroyed, technically you and I don’t actually die. But we got born into a “spellbound culture.” We were programmed and we got stuck.

Belief, Trust, and Faith
So let’s open our eyes up and look at this physically one time. We were born with this infinite capacity to experience and create. If you study Christianity or Buddhism, or Toltec wisdom, or any of them, you are going to find these words:

I am going to call them “spells.” We have the ability to see what we see and believe in it, and we put our belief, trust, and faith in it. We develop unconscious beliefs as our R.A.S. begins to filter everything else out. So let’s take a look at how this works.

Where We Learned These “Spells”

We were born surrounded by gods. I mean they had to be gods. Look, we are laying here peeing and crapping in our diaper and cannot get a drink without yelling and screaming for it. And these gods are walking and talking and driving and drinking. Look at these amazing beings; and they are sharing their words, their ideas, their emotions with us.

We said to ourselves, “I’ll buy that. Hell I don’t know. They look like gods to me. I’ll buy that.” We were put under a “spell” of whatever they were talking about. We developed unconscious beliefs. Then all of a sudden blockages, doubt and uncertainty became a part of our operating system. They told us we were separate from everything else and we said, “I’ll buy that.” We fell under the “spell of separation.” The unconscious police and now fear, pain, hopelessness, and loneliness became part of our operating system.

Then we got the “success is hard spell.” We embraced the unconscious beliefs which now create difficulty, complication, stress, and procrastination in our operating system. Then one day we asked, “What am I?” I don’t know what they told you but I know what they told me: “You are a stupid ugly worthless piece of shit.” Just like we always do, I said “I’ll buy that.” Then we took on the “self-image spell.” And embraced the unconscious beliefs of self-hate, hopelessness, confusion, frustration, procrastination, and fear. All of these things then became part of our operating system.

So all these things we were taught to believe: those crazy ideas like death, we don’t deserve, we’re not safe, God is angry with me, money equals pain, not good enough, fear. All these limits became part of our “self-image spell.” So why is this so incredibly important? This is one of those moments when I want to slow down and pause so that you can understand something that can be absolutely huge in transformation for you. It is impossible for a human being to consistently behave in a manner that is inconsistent with their own “self-image spell.”

What does this mean? It means that in one or more areas of life you are constantly in opposition to yourself. With this tiny little part of your mind you are struggling to fight and to resist, to overcome that which you are. An unlimited, infinite being is unconsciously creating out of your spells.

In other words, incredibly a giant, massive, infinite part of yourself is reaching out and carrying out the commands of all your “spells” – bad boy, bad girl, don’t deserve, can’t have, not loving – while you are using your mind and body, this tiny little fraction of a particle of yourself trying to overcome it.

You are an infinite being. All the pain you have experienced are just spells; it is not your fault. When you remove the key constraints and you shift your paradigm, everything will change.
Read more about Brian D. Ridgway:
http://level5mentoring.com/ 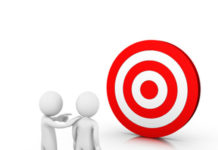 What is Leadership Coaching? 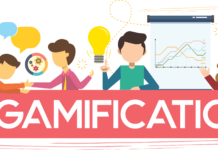 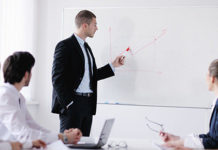 Coaching is Must For Winning Success